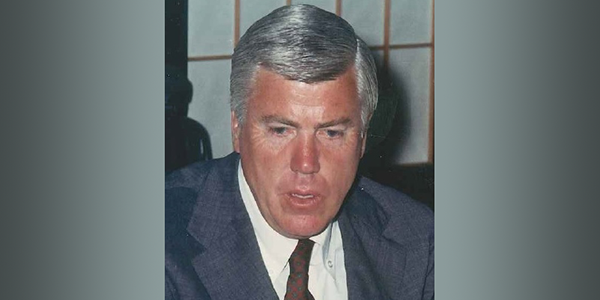 Vic was a boy of Hollywood. In fact, his parents were Hollywood legends having won an Academy Award in 1933 for co-writing the screenplay adaptation of Louisa May Alcott’s novel, Little Women. His father wrote and directed dozens of films including the Marx Brothers’ Animal Crackers in 1930.

At Webb, Vic was an equestrian, both as a sport and a hobby. He kept a horse on campus and followed all of the races in the news. He enjoyed tennis, wrote several articles in the school paper, and loved music. The Alamo was Vic’s home two of his four years at Webb and holds many special memories.

Vic was not overshadowed by his parent’s success. Following Webb, he served three years in the Army during WWII and graduated from Williams College with Dean’s List honors. He began his professional career working for John D. Hertz (founder of the Yellow Cab Company, Hertz Drive-Ur-Self System—now Hertz Rental Car, and an avid throughbred owner and breeder).

He describes Mr. Hertz as the toughest man he ever encountered. Vic’s father was concerned and warned his son that if he got into the horse business everyone would think he was a crook, but Vic learned early at Webb never to betray a trust and he never did.

Eventually, Vic struck out on his own forming the Heerman Bloodstock Agency and used a combination of hard work, intellect, networking, and sheer determination to become one of the most successful breeders of thoroughbred race horses. A high point in his career was a $3.2 million sale of just four colts averaging $800,000 each. Another was the sale of a colt for Mrs. Jacqueline Getty (widow of George Getty ’42), which returned to his client a record $1.7 million. He sold Spectacular Bid as a yearling, who would later race for the Triple Crown winning the Kentucky Derby and Preakness Stakes, but coming in third in the Belmont Stakes. And he sold Golden Fleece, the undefeated champion and winner of the English Derby at Epsom.

Vic’s feelings for Webb have remained strong over the years, so too are his feelings toward classmates such as George Getty, Al Hastings, Larry Young, and Peter Lewis, with whom he maintained friendships throughout his life. In the mid-1970s, Vic wrote a farewell tribute about Thompson Webb in the Webb School of California Alumni Bulletin. It reads: “He [Thompson Webb] taught us not to cheat or be sneaky; he asked that we do our best before we signed our names to a piece of work; he asked that we try to understand those who might differ from the majority, and he was a man who admired integrity and loyalty above all things... I loved Mr. Webb for what he had told me I would see and feel and be in fear of. This gentle man was still giving me strengths 30 years after I graduated from his school. That, my friend, is an education.”

More than 70 years after receiving his diploma on the Alamo lawn, Vic still recalls the life lessons he learned at Webb and reflects on how they helped him succeed in a cut-throat business where honor and integrity can make or break a man’s reputation instantly. His loyalty to Webb is unwavering, just as it was to his wife, Lucille, in their 59 years of marriage.

The Heerman’s decision to support The Webb Schools as a major beneficiary of their estate will have a transformative impact on the school for years to come. “I have wanted to do something special like this for a long time,” Victor explains. “It brings me great satisfaction to give something back to the school that gave me so much.”